The 30MHz team has certainly been to its fair share of agritech and agriculture conferences this year. We’re not farmers, but we are building technology that serves farmers’ needs. So when we go to these events, we make an effort to listen more than we talk. We recognize that farmers know their businesses better than we ever could, so we let their insights and needs set our product agenda (our most popular sensors, including the Pointed Microclimate, pointed temperature and counter, come from collaborations with farmers).

With over 80 customers, most of them in agriculture, we know that farming is ultimately about metrics: monitoring and responding to changing conditions in the environment in order to guarantee optimal conditions for plant growth, while maintaining low costs. Smart sensing technology’s role is to provide the most accurate and up-to-date overview of these metrics and the relationships between them, empowering farmers to make the most informed decisions as quickly as possible.

Metrics that matter across agriculture

The most crucial metrics may vary by crop or agricultural sector, but having worked with greenhouse growers, arable farmers, as well as customers in storage, processing, horticulture and even bee transport, we’ve found that certain measurements are priorities across agriculture. Sensors might be used in different contexts (for example, pointed temperature sensors that measure spinach leaf temperature by one customer will be used measure conditions within beehives by another), but many of the most in-demand metrics are common throughout the industry. Our sensor portfolio is a result of this demand.

We’ve been hearing a lot of buzz through the grape— or rather, tomato– vine about a new metric for growers that deserves our attention: Vapor Pressure Deficit. A combination of plant temperature, ambient temperature, and relative humidity measurements, vapor pressure deficit (or VPD) can be captured with our Pointed Microclimate sensor and as we keep hearing, these measurements can be extremely powerful for growers.

According to Michigan State University’s Heidi Wolleager and Erik Runkle, “vapor pressure deficit is the difference between the amount of moisture in the air and how much moisture the air could potentially hold when it’s saturated.” VPD is a key metric for maintaining optimal plant biomass and yield, and the right VPD is central to preventing mold and disease, avoiding poor nutrient uptake— particularly of calcium. VPD measurements help growers calculate crops’ water requirements, and according to Maximum Yield, can help prevent “negative effects on plant growth including reduced photosynthesis, reduced fresh weight yields, plant stunting and physiological problems such as leaf curl or burn.” Research on vapor pressure deficit control in relation to water transport and water productivity in greenhouse tomato production during summer published in Scientific Reports found that “VPD regulation improved water use efficiency” and “sustained stomatal function and photosynthesis, with concomitant improvements in biomass and fruit production.” Put simply in Maximum Yield, “VPD combines the effects of both humidity and temperature into one value; it’s basically a measure of the drying capacity of the air, which in turn drives transpiration, an essential plant process.”

According to Wolleager and Runkle, yes. They emphasize that because VPD is independent of temperature “when measuring plant transpiration and water loss, it provides greater insights than temperature and relative humidity on their own.” Read more of their findings here.

As with most metrics in agriculture, ideal VPD differs by crop and conditions. A 2015 article in Scientia Horticulurae describes a study of tomato VPD during winter months which found that “a VPD of 0.8 kPa during the day and night increased photosynthetic rates and tomato fruit yields compared to plants grown with a VPD of 1.4 kPa” and discovered that “maintaining a lower VPD increased mean tomato biomass and yield by 17.3% and 12.3%, respectively.” Ultimately, though, growers are encouraged to experiment in their own context, to find the perfect VPD for their crops.

Growers can easily monitor and optimise vapor pressure deficit in the ZENSIE dashboard with data from the dew point sensor, which captures the object level of crops, as well as ambient temperature and humidity.

These rugged, wireless sensors can be deployed in minutes, and send real-time data and alerts to any device. Want to know more about measuring VPD with smart sensing technology? Get in touch below.

Looking to capture other metrics? Check out the following sensors: 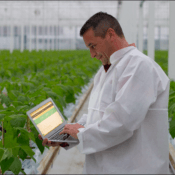 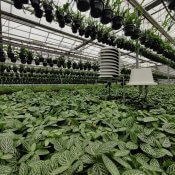 New 30MHz connect casing: How we protect your tech

To make sure your dataflow is fully protected, 30MHz introduces a new connect casing: waterproof, dust proof and even resistant to hits. This special shield will last longer and ensure a reliable dataflow from the connected sensor. What does that full protection mean? That’s what we will explain in this article. Watertight: resistant to wetness ...
Read more 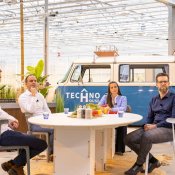 Three insights from the table talk about data driven growing

Why is it important to have a connecting party when you are collecting data as a grower? And can you collect too much data? Just two of the many topics that were discussed during the table talk of TechnoHouse online tour hosted by Rijk Zwaan. Three experts joined a discussion about data driven growing and ...
Read more 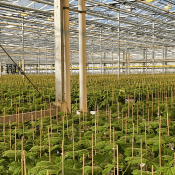 Building a smart horticultural solution with the support of AWS

We experimented in various industries and with various technologies before we ended up in horticulture. With the technology of Amazon Web Services (AWS) we built a smart horticulture solution which provides growers with real-time crop monitoring features. With the AWS cloud technology we are able to provide a stable and safe data network that can ...
Read more