Research from Volmary has confirmed that, without granular data, growers are overwatering their crops. Data has shown that, due to floor unevenness, there is significant variation in plant moisture in Poinsettia plants. Implementing water deficit control requires the flexibility of wireless sensors and live alerts to drive a proactive irrigation strategy. Neil Bragg is a soil Scientist by training, having worked for 35 year plus directly in Horticulture. Neil and colleagues developed the now internationally recognised AFP (air-ﬁlled porosity) methodology and Neil has been instrumental in the development of many of the currently used peat reduced and peat free mixes for the UK market. Neil has published widely in the scientific world and is the author of “Growing media” which is widely used in the UK as a practical guide to substrate design and use. We spoke about what makes poinsettias unique, how external forces are pushing growers to adjust their methods, and what role sensory data plays in that adaptation.

What are the challenges poinsettia growers face?

It’s interesting, poinsettias in the United Kingdom are one of the few crops in horticulture with open access to people wanting to know things. I think it’s because it’s such a long-term crop— not quite fragile, but certainly high stakes. You only get one shot with poinsettia. Cultivation takes 26 weeks and getting them to the level of expectation and performance for the retailer in time for Christmas is extremely difficult. If anything should happen that marks the plant or somehow does some damage to it, it’s very difficult to recover it that season.

At the moment a lot of the actual decision making around cultivation is still done by look and feel and perception, with very little quantification.

Data on growing conditions offers a great deal of value, providing context and lessons learned for future seasons. We’ve all got very short-term memories. With 30MHz, for example, we’ve got an interactive record of what the crops experienced last year, and the ability to compare to what’s happening this year. And it’s an integrated view of air, light, moisture— all the factors that might impact the plant’s development.

Growers are being proactive in response to a series of factors. As mentioned, we’re working with a difficult, high-stakes crop and want to lower the risk of crop loss. Plant growth regulators (PGR’s) are disappearing. The companies producing them have, in many cases, made their money on larger arable crops and horticulture has benefited from a sub-use of these chemicals. Because the returns are smaller in horticulture, PGR producers aren’t seeing the value in re-registering them— something they have had to do every few years. As a result, fewer of them are actually available to growers. At the same time, consumers are pushing for chemical-free plants, they don’t want to handle a plant that’s got chemical residue. Which in turn is pushing retailers to monitor residue levels, something that can be with extreme precision. So we need another option. It’s here that moisture level become extremely important.

What do we know about moisture level-monitoring as an alternative approach?

Bulrush and Volmary have been working on an R&D project around using water deficit control for better shelf life and plant growth control in Poinsettias. Six 30MHz EC5 soil sensors have been deployed monitoring 2 bays of Poinsettias in real-time.

This project really started about four years ago, when a particular grower in Lincolnshire wanted to control water deficit to control plant height— particularly in the mid season, September and October, when plants tend to stretch a lot— instead of applying chemicals. We wanted to test controlling moisture availability as an alternative means of regulation. Originally, we teamed up with NIAB East Malling research unit in Kent. They used a British probe solution, but this solution was hard-wired, which became problematic when it came to plant spacing. Because of the difficulties caused by wires, we knew we wanted wireless enabled sensors. Many growers don’t have dedicated facilities for poinsettia growing— if you’ve got floors with irrigation and matting, wireless sensors are easy to distribute around the greenhouse, capturing information on moisture content in plant growing containers in real-time.

With regards to our initial work at this nursery, we’ve gotten to the point now that they’re monitoring moisture content and able to tell when to irrigate. We’re checking what moisture levels are being applied and recorded in the containers, and investigating whether we can apply a similar set of criteria that they’re using in benches to the floor. The first year of wireless enabled sensors is about gaining experience: can we get a wireless enabled sensor solution, and what will it give us?

We’ve now established that a reliable wireless sensor solution exists, is flexible enough to fit our needs and provides us with the real-time information we need for decision making.

Next up, we’re continuing to use 30MHz to understand variability across the glass house— how many sensors give you a value which you can average out to get real insight across the crop?

We’re also doing research with NIAB,  they’ve got glass houses with specific floor or bench conditions. We’re going to look at different capillary mats and irrigation systems to see if we can identify a system which would actually allow us to get much more control over irrigation.

We’re finding out what alterations we have to suggest to the grower to be able to use an irrigation system to avoid excess amount of water being applied, not just for plant growth regulation, but also to prevent pollution. Some argue that water in the UK is too cheap. It’s certainly less expensive than it is in many parts of continental Europe. Because many irrigation systems aren’t monitored, and are grossly inefficient, overwatering is a serious concern. By understanding the level of water we’re applying to crops and preventing the waste of excess water, we’re also preventing the pollution risk of nutrient solution runoff. With real-time monitoring, we have the confidence to water less. 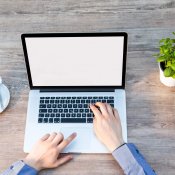 30MHz is typing… Our extended support team is ready to chat!

At 30MHz we think it’s important that our users can use our platform in an optimal way. At times you may have questions and you would like some help from our support team. Email and our support page filled with helpful articles were your go to’s. But we thought it was time for something extra… ...
Read more 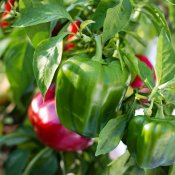 Eurofins and 30MHz: all your crop and climate data on 1 dashboard

Data of your crop, its soil and the surrounding climate all together on one central and digital dashboard. This will become reality for growers. It’s the result of a new partnership between Eurofins and 30MHz. The organisations join forces to stimulate data driven horticulture. Soil and water analysis for horticultural businesses is one of Eurofins ...
Read more

At the beginning of this week, the trustee started a bidding and sales process. The interest from the market has turned out to be considerable. It is in the interest of 30MHz and its customers to proceed expeditiously and that is why the aim is to reach agreement on a takeover within two weeks. The ...
Read more